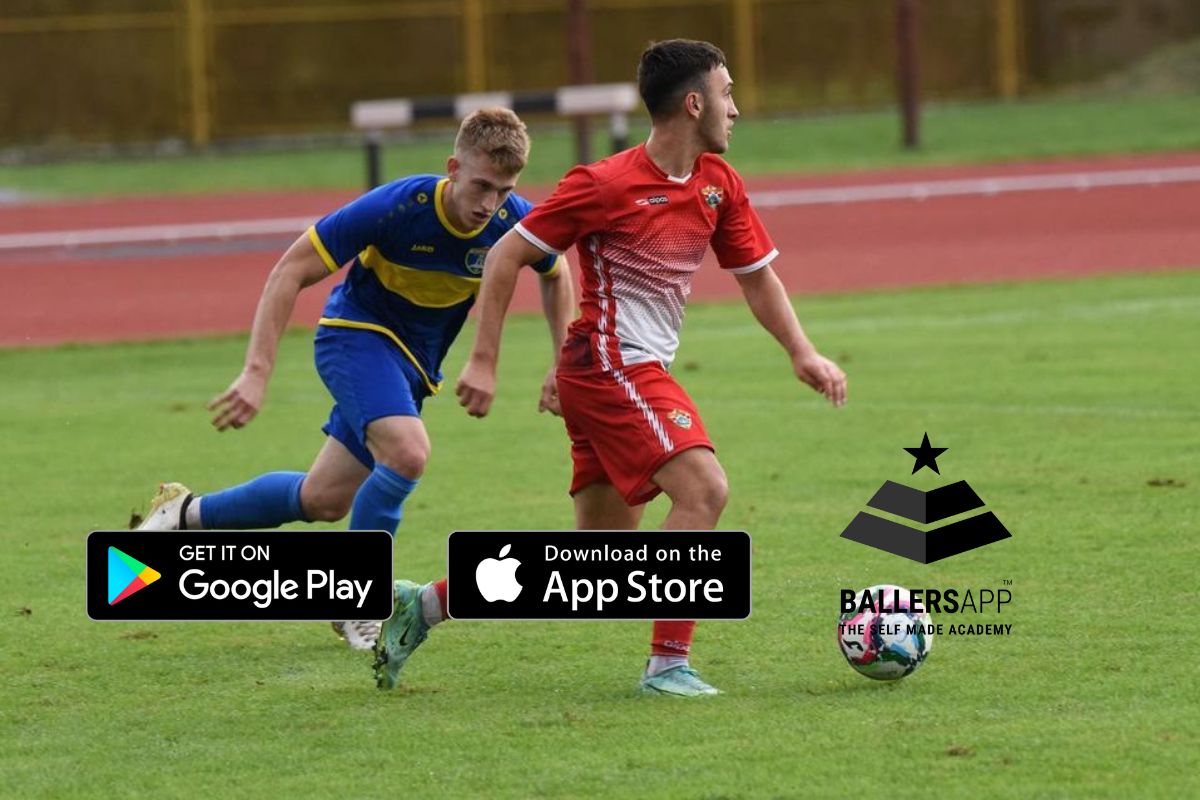 We at Fotbollslivet.se have been able to interview Moran Cerkez, who currently works as Marketing Manager at Ballers App. He tells more about himself, his football journey and also the future with Ballers App.

Who is Moran, please tell us more about yourself?
-My name is Moran Cerkez and I am 21 years old. As my father was a goalkeeper I fell in love with football pretty young and started playing at the age of 4 so I have been playing it for about 16 years.

You have a background as an elite player on the youth side at Levante’s academy. Can you tell us more about it?
-I played in many clubs and attended many international tournaments around Europe.
When I was 17, I moved from the 1st division in Slovenia to a club that plays in the 3rd division in Croatia called Vrapce.
A few months later, I got an invitation from the Fieldoo agency to attend an academy in Spain. I had to decide if I wanted to go in 2 days and at that time I was still attending high school for Athletes in Zagreb so it was a tough decision.
My parents and I decided that it was a one-time opportunity and I moved to Spain.
I came there and I was sent on a trial to a second-division club called San Jose CF. After a week of trial, the scouting team from SPF academy saw potential in me and brought me to Torre Levante, which was competing in “Division de Honor” against clubs such as Valencia CF, Villarreal, Elche, and other big clubs. My teammates and I were exhausted as we were training for about 6 hours a day and we had Spanish lessons. Coronavirus came afterward and the league and my hotel where I lived got closed so I had to go back to Croatia.

You currently work as Marketing manager at Ballers App, can you tell us more about your role?
-I was frustrated, but I didn’t want to waste time at home so I started working on the Infinite Ballers project with my friends. We started working with a lot of famous players and a lot of footballers that needed support outside the pitch so we organized online sessions for groups of kids. Every session, we had agents, psychologists, coaches, and famous players from the Premier League, the Croatian national team, and many others coming in. They helped the kids by sharing important things and information about how they have come to where they are at the moment.
Also, we started working on our Football Apparel. In the meantime, I was working on various football projects where I met many awesome people who share the same love for the football game and helping others. Then, I met Hamid who is the founder and the CEO of the project so we started collaborating.

Why did you start working with Baller’s app?
-I joined in Ballers App because that was something I was looking for a long time, but no one was doing something like that before. After speaking with Hamid about the whole idea behind the project, I saw that my vision was aligned totally with the project’s vision.
What helped me a lot to adjust was Hamid’s personality and mindset.

How will you help the app grow?
-Right now, we are working tirelessly on improving the app and showing how the app can help young footballers and scouts in their career development. As we have a lot of support from many coaches, clubs, and people who work in our industry, we managed to start helping over 100 ambassadors within 20 days. We are aware that we are still at a very young phase, but footballers are giving us amazing feedback that is pushing us to bring them the very best football app.